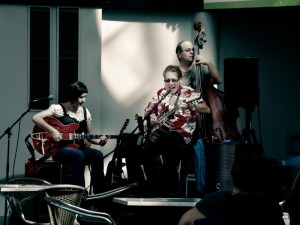 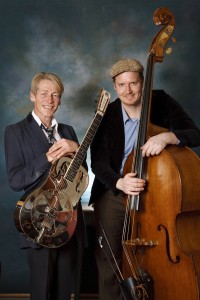 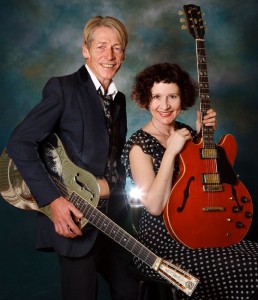 Alex and Jen recorded a four track EP available at gigs and on line.

After numerous exciting improvisations together, whether gigs around Melbourne or Sunday afternoons on the back porch, Alex Burns and Jen Hawley realised it was time. The chemistry was right. They had to commit to performing and recording as a duo. Constantly teaching and challenging each other, making for a dynamic musical partnership.

These four tracks, part of a forthcoming full – length album, originated from their shared love of blues and early jazz.

One of Australia’s most respected acoustic musicians, Alex collaborated with guitarist Nick Charles for three albums, before making three solo albums, two of which featured Hawaiian steel guitar and were critically acclaimed worldwide. Originally from Glasgow, Scotland, famous for its blues singers, Alex plays resophonic guitars and ukulele with a deceptive ease born from years playing festivals, pubs and clubs from Australia to Fiji to Edinburgh.

Jen is a graduate of the late great jazz tutor Bruce Clarke, and has worked as a guitarist for the likes of Christophe Genoux, Great Chefs of Europe and Blue Drag. Originally from Sydney, Jen has been teaching and performing guitar for many years. She has diverse interests in jazz and world music. Jen is constantly in demand for sessions, live performance, teaching and recording projects. 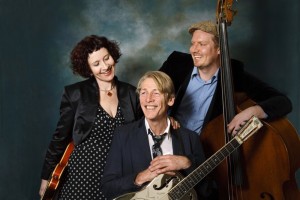